Early this week, I was researching transport choices to visit Sudeley Castle. Looking around the area as displayed on the map, my eyes drifted around and I noticed Tewkesbury, which seemed to be more accessible via bus than Sudeley. I checked some images online to see whether the place would be visually interesting (it passed the test) and was very excited to learn about its 900-year old Abbey. Off I went.

The trip would have been trouble-free were it not for the rail works that are taking place in the path from Bristol to Birmingham, but then, I am currently not constrained by work or other obligations, so it’s not that bad. I took a train to Cheltenham Spa from Bristol and later bus number 42 left me right in the centre of the lovely medieval river city of Tewkesbury; a Gloucestershire town nestled in the confluence between the rivers Avon and Severn.

According to Britannia encyclopedia, the name of the town comes from the Saxon “Theoc” or “Theot”, a hermit that lived in the area in the 7th century. From Theoc it evolved into “Theocbury” and from there into its current form. Supposedly, Theoc settled in the area where the Abbey is set, although the building that we see today was constructed in the 12th century.

Throughout the centuries, this town has been prosperous, thanks to its strategic location near rivers. Tewkesbury is famous for its mustard, serving as the scenario for the Battle of the Roses in the 15th century, its fine Tudor and Georgian architecture and of course, the Abbey.

The massive columns are Norman and some of them include marks made by masons. The Abbey has 14 of these gigantic and thick columns.

The entrance to the chancel. I love these iron wrought golden and black screen doors that I see in churches here in England.

Below, the Quire features the sun, an emblem of the House of York. It serves as a memorial to their victory over the House of Lancaster in the Battle of Tewkesbury, 15th century (Battle of the Roses). 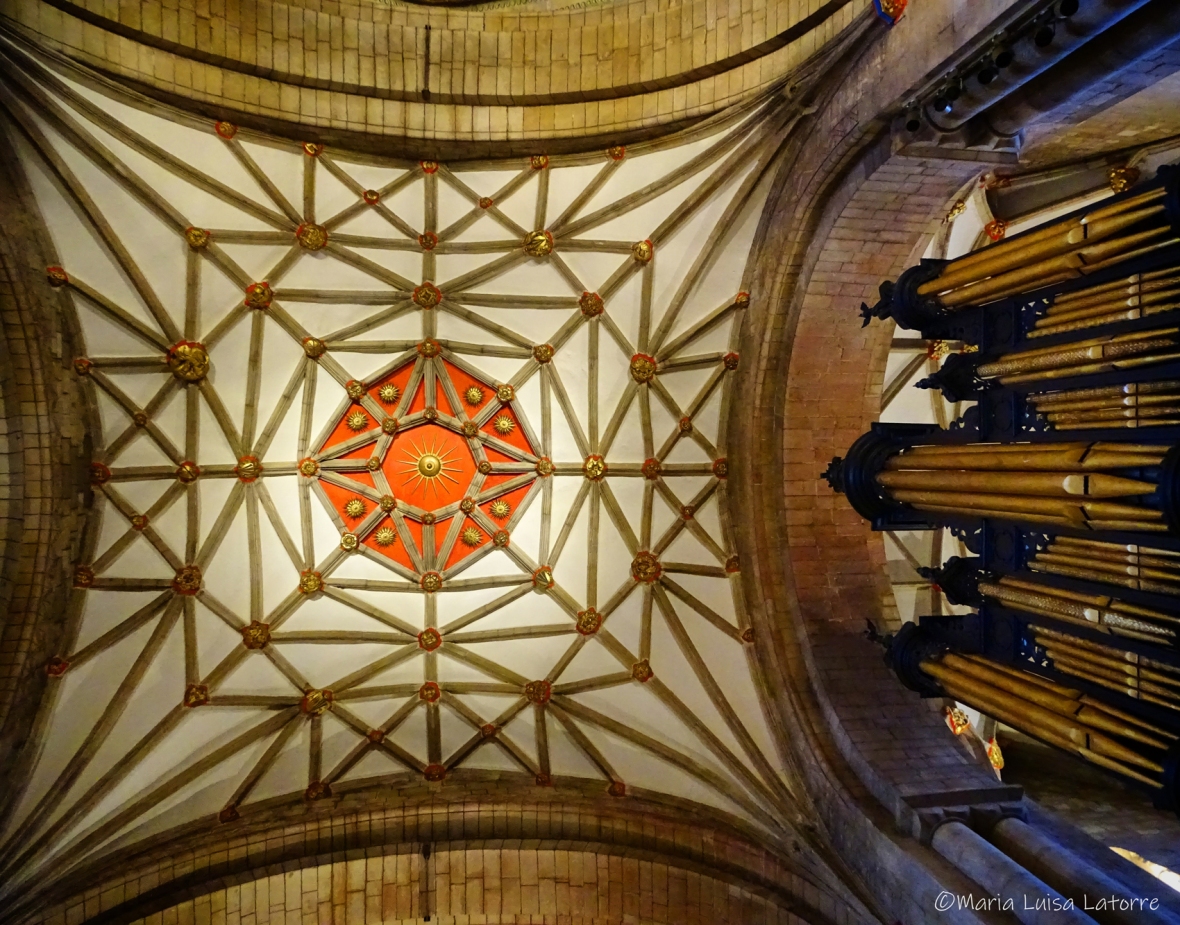 The Milton Organ, on the right, was built in the 17th century for Magdalen College in Oxford. It was sold to the Abbey in the 18th century.

Below one of the roof bosses. They describe different episodes of the life of Christ.

There are 15 roof bosses on the centre rib.

Below, an autumnal view of the Abbey. The tower is Norman.

It is a Benedictine monastery which was dissolved, as so many others, following orders by King Henry VIII.

Below, wall painting at the Chapel of the Holy Trinity, The Chantry of Lord Edward Despenser. 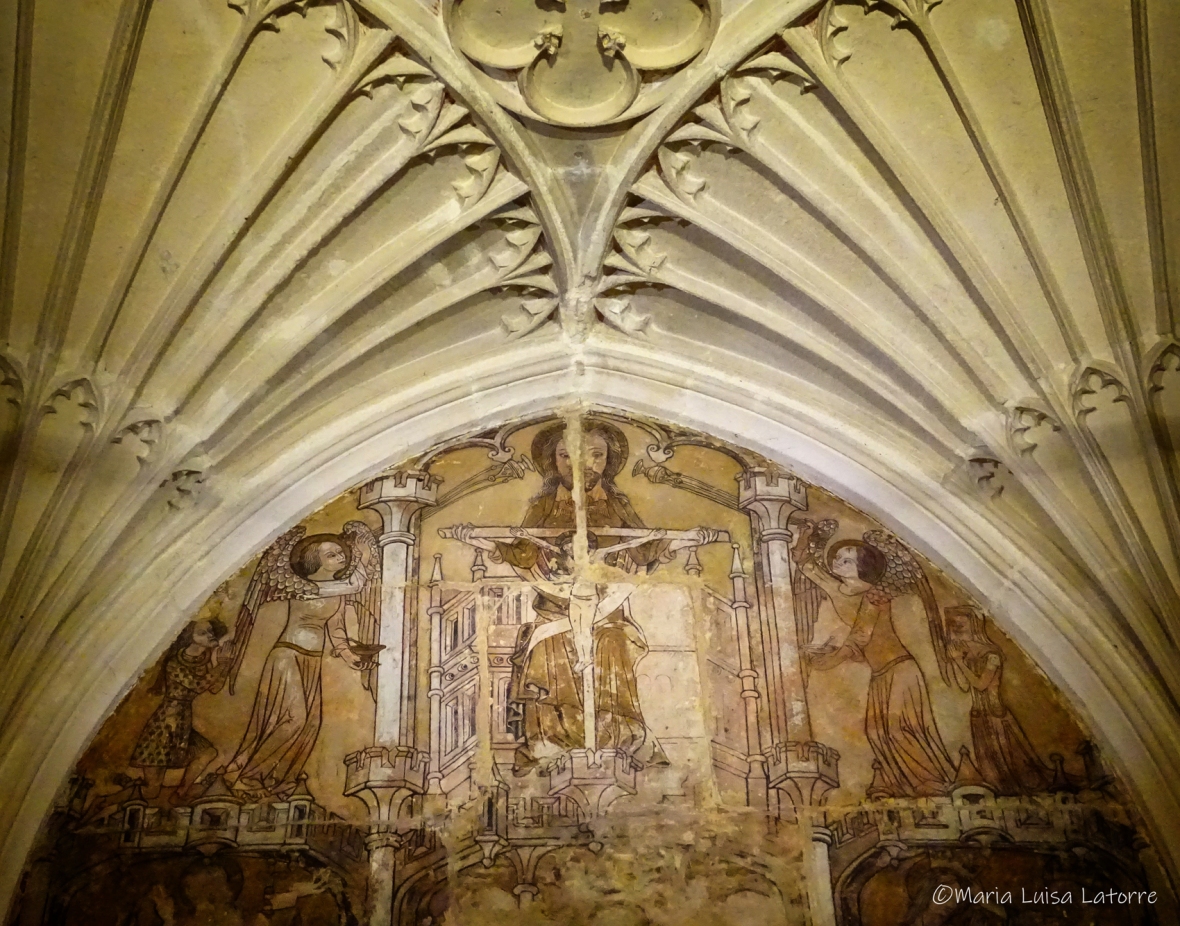 Lord Edward Despenser went with Edward the Black Prince to the Battle of Poitiers in France (1356). Upon his return to England he was distinguished as a Baron and a Knight of the Garter.

The front of the Abbey, see below.

The Abbey has a big birthday coming up in 2021, as it will mark 900 years since its consecration.

Walking away from the Abbey, and wondering about, you can see the imposing building peeking through.

Rows of Tudor houses in Tewkesbury.

These historic buildings are still being used!

I am thinking the helmet might be a reminder of the bloody past of these lands.

If you are into Tudor buildings, Tewkesbury is certainly worth a visit. 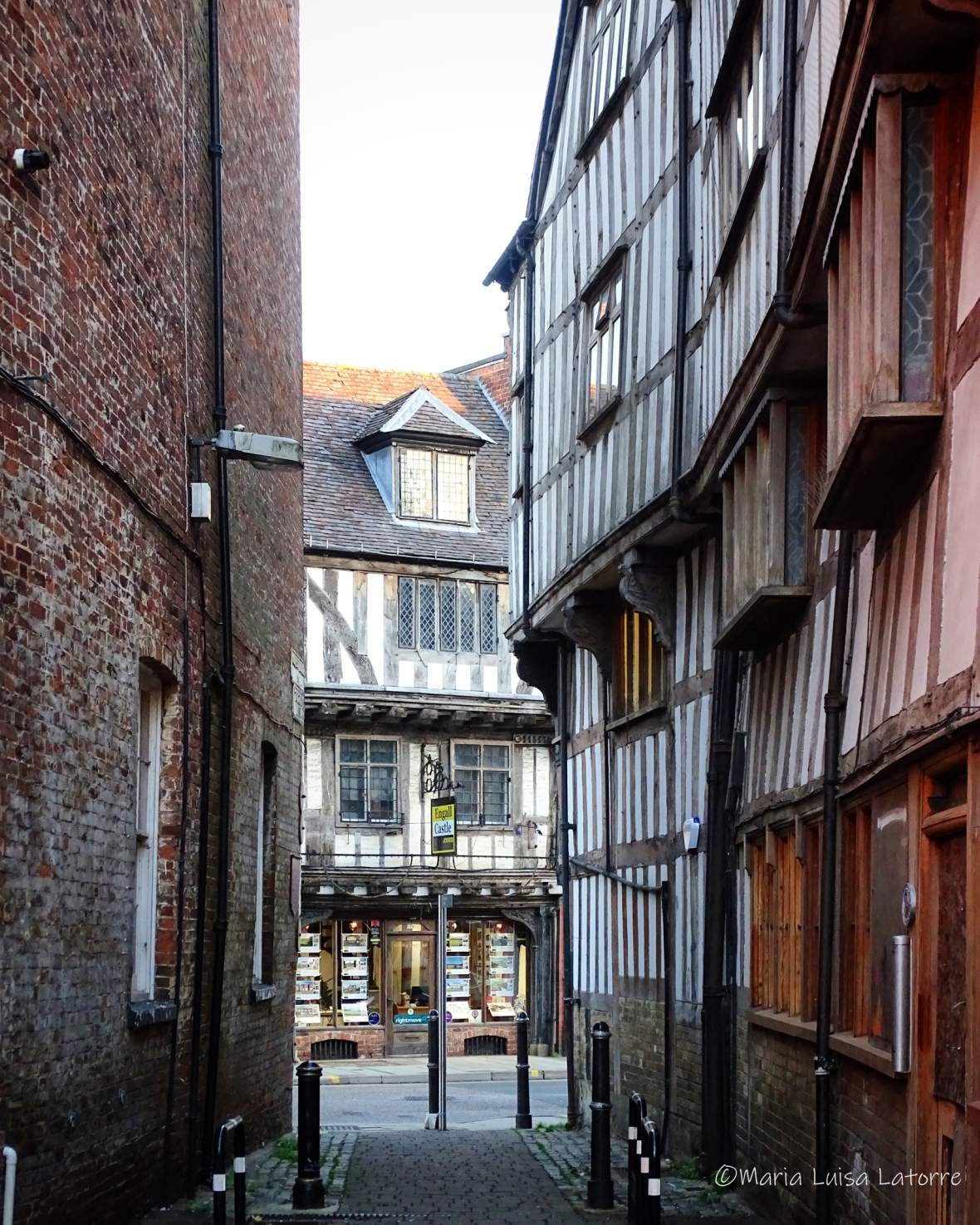 I found the city centre very active, with a number of eateries and shops.

Nice shot of river Avon in an Autumn evening.

The building on the right is the Tewkesbury Mill.

Events, culture, art and tourism information about the city of Cádiz, Spain

Waking up to our fake worlds

Following passions around the world

Just a girl who travels.

Art and culture wherever I can find them

FIT IS A FEMINIST ISSUE

The Blog Of Edmond Terakopian

Spanishized: Insights from an American in Spain

Have dog blog will travel

With Books, Travel and History, you'll have no more worries!

The Art Or Endeavour Of Being Lucid In A World We Live In... Secrets Of The Psychics... Energy, Universe, Futurism, Film, Empowerment...Digital Abstract Art Rendering...